Around this time last year I devoted a posting to favorite desserts of mine that, sadly, are no longer available.  I’ll be more optimistic this year, and instead, will focus on desserts which I hope will start receiving the attention they deserve. 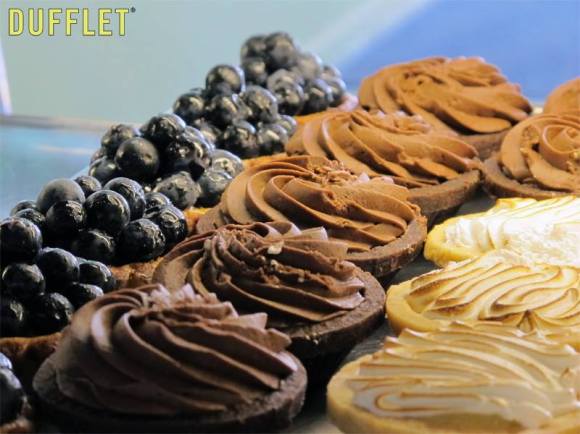 All the best wishes for a wonderful 2015 filled with delicious Desserts!

But that doesn’t stop me from thinking that Carrot Cake is a bit like a chameleon.  Since Carrots are rich in beta-carotene, Carrot Cake is sometimes viewed as a “health food.”  And certainly some recipes for Carrot Cake call for modest amounts of oil or butter and sugar.  (Perhaps they’re more Carrot Tea Loafs than Carrot Cakes).   But traditional Carrot Cake is usually quite rich and sweet — and is often made even more delectable and decadent with a cream cheese frosting and filling.   Yet even these rich Carrot Cakes are still covered by a “health food halo.”  In fact, according to Sylvia Lovegren, author of Fashionable Food: Seven Decades of Food Fads, in the 1970s especially, Carrot Cake was found at many health food restaurants.

And in keeping with the Jekyll & Hyde aspect of Carrot Cake, this “health food” is the centerpiece of many celebrations.  A recipe for Carrot Cake appears in “Sweet Celebrations: The Art of Decorating Beautiful Cakes” by Sylvia Weinstock, noted wedding cake master baker and decorator.

So, how popular is Carrot Cake? 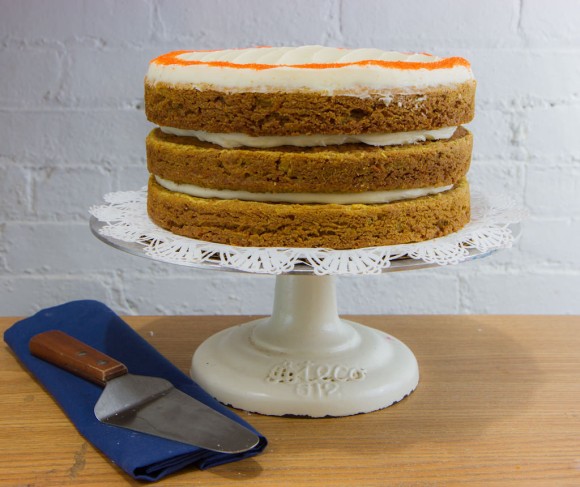 Nathaly Abreu, Director of Operations for New York City-based Buttercup Bake Shop said “Our Carrot Cake has gotten more popular through the years.  It seems to be that one Cake that everyone comes in asking for. We do make Carrot Cupcakes for special order and if there are extras, we do sell them to our walk-in customers.  Seems to me that Carrot Cake is giving Red Velvet Cake a run for the money.”  (Also see the Dessert Surveillance posting on Red Velvet Cake.) 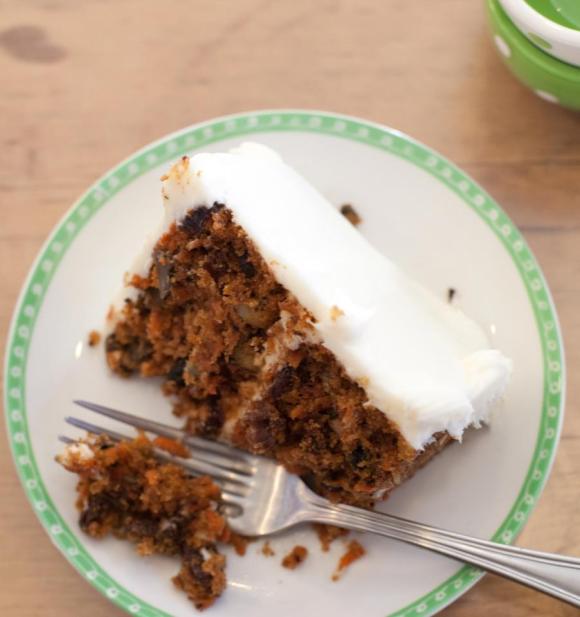 According to Lynn Magnoli, owner of Icing on the Cake Bakery in Los Gatos, California, “Carrot Cake has been on the Icing on the Cake Bakery menu since day one, 29 years now.  It has not lost popularity.”  It’s the Bakery’s third most popular Cake (behind Fresh Banana and Chocolate Buttermilk).   Known officially as Super Chunky Carrot, this Carrot Cake is studded with raisins and walnuts. 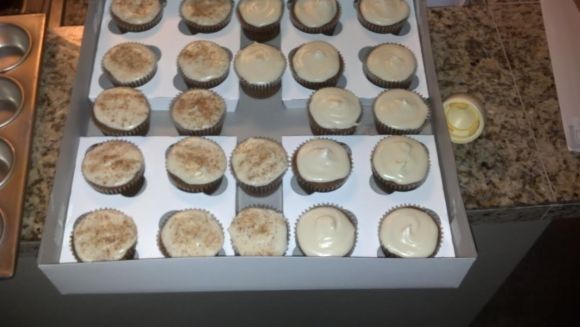 I think it’s time for a slice of “healthy” Carrot Cake!

With red cake and white frosting (usually cream cheese), Red Velvet Cake and Cupcakes are some of the most striking of desserts.

Although Red Velvet Cake is often thought of as a Southern specialty, its origin may be a little murkier. According to Colman Andrews, author of The Taste of America, Red Velvet Cake was popular at the Waldorf-Astoria in New York in the 1920’s. This might be before it was enjoyed in the South.

How do you get the cake to turn red? Typically red food coloring.  However a pigment in cocoa powder (an integral Red Velvet component) helps the red hue along, especially when mixed with acidic ingredients.

Red Velvet is certainly a showy dessert, but is it a popular one?  The answer seems to be “yes.”

Susie, of SusieCakes Bakeries, located in both Southern and Northern California, said  her Red Velvet Cake and Cupcakes are extremely popular.

Red Velvet Cupcakes and Cake are so popular, they’re the top seller for the Bumblebee Bakeshop, based in San Francisco.

Houston-based Ruggles Cafe Bakery offers 30 different desserts on a daily basis. And Red Velvet Cake is one of the 10 most ordered desserts at the bakery.  Ruggles’ Alexia Nino speculates that one of the reasons Red Velvet is so well liked is the frosting “….. the general crowd is looking to get their cream cheese frosting fix…”

The Cheesecake Factory’s Ultimate Red Velvet Cheesecake, Distributed by Harry & David – Photo as Seen on the Web Sites of Both Companies

Of the many different Cheesecakes offered by the Cheesecake Factory, Harry & David distributes 9 different ones.  It’s probably safe to assume these are the 9 most popular flavors.  And yes, you guessed it, Red Velvet Cheesecake is in this group of 9.  (Also see the Dessert Surveillance Posting on Cheesecake.)

Let’s hear it for showy desserts!