It’s a shame “lemon” can also refer to a failure or flop when lemon desserts can be so wonderful and anything but failures.

Is lemon a very popular flavor for desserts?  The best answer is “It depends.”

King Arthur Flour, a leading supplier of flour, ingredients, baking mixes, and bakeware, conducted an informal Facebook survey a few years ago.  This survey revealed that lemon was the third most popular flavor for baking, behind vanilla and chocolate, which were tied for first place.  But around the same time, King Arthur Flour commissioned another study, and lemon had fallen off the list of the top 10 baking flavors.

A dessert with a pleasantly strong lemon flavor is the Lemon Cupcake from Buttercup Bake Shop.  Both the cake and the rich frosting are lemon.  According to Buttercup, while the Lemon Cupcake is a good seller, it doesn’t make the list of the top five cupcakes.  But it’s more popular in the summer. 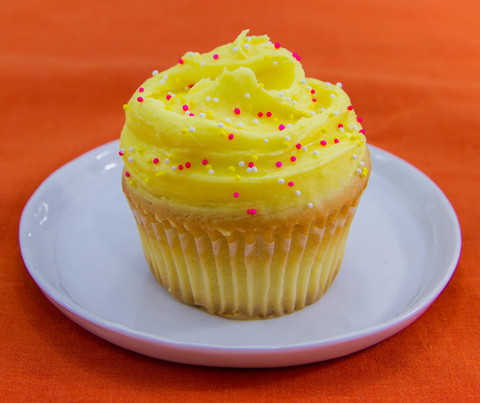 Lemon Cookie Ice Cream (lemon ice cream with vanilla sandwich crème cookies), from Three Twins Ice Cream, is a very popular flavor.  In fact, it’s the flavor that’s the most Tweeted about and according to company founder, Neal Gottlieb, it’s the flavor most likely to inspire “hissy fights” when it’s sold out.

Sometimes lemon takes on a more supporting role and lets other flavors shine.  With its raspberry jam center, the Lemon Raspberry Shortbread Cookie from Broadway Baker (also see the Broadway Baker posting) is more about the raspberry than the lemon. 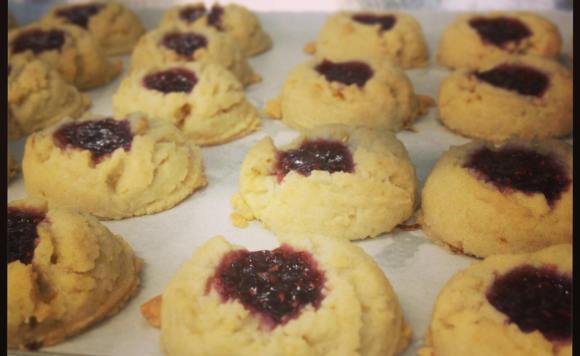 Let’s hear it for lemon in desserts!