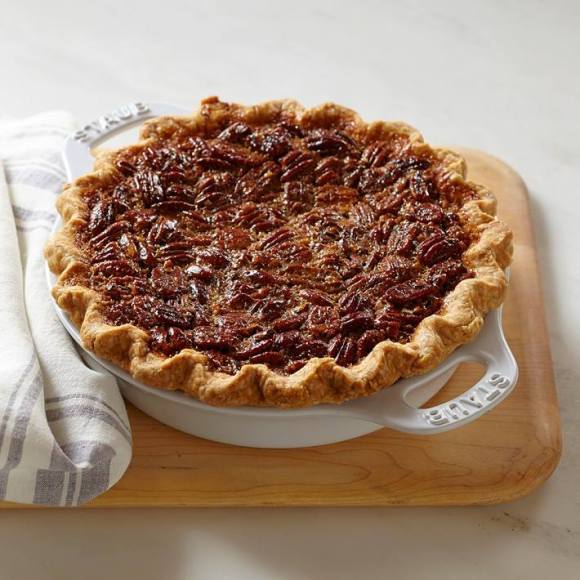 Pecans are native to Texas and Louisiana and also strongly associated with other Southern states, such as Georgia.  So, is it safe to assume that Pecan Pie is a lot more popular in the South than in other parts of the country? 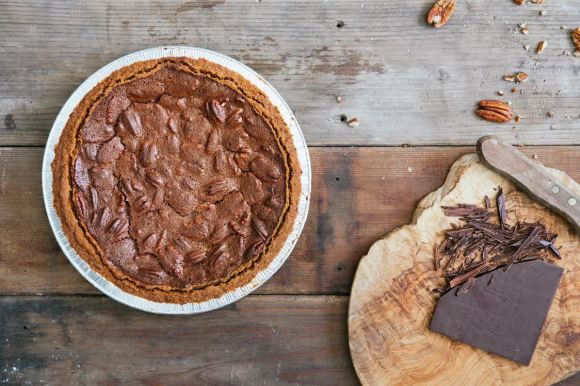 From what I can tell, the answer is complicated and seems to be “Probably, but the trend is not as clearly defined as you might think.” 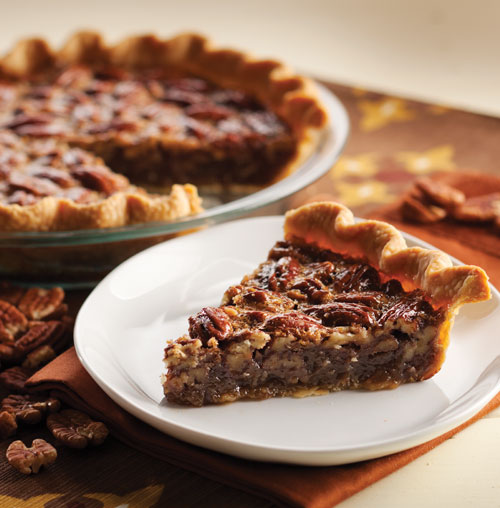 Here’s a recap of what some bakery owners/ managers across the country said about the popularity of their Pecan Pie offerings.   (While only eight bakeries were surveyed, it still may shed some light on regional Pecan Pie preferences.)

We’ll start with bakeries in the South. 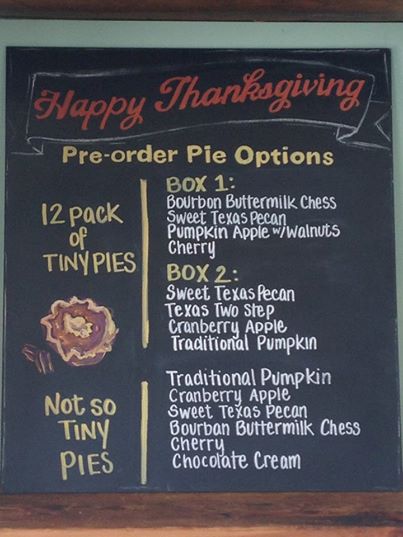 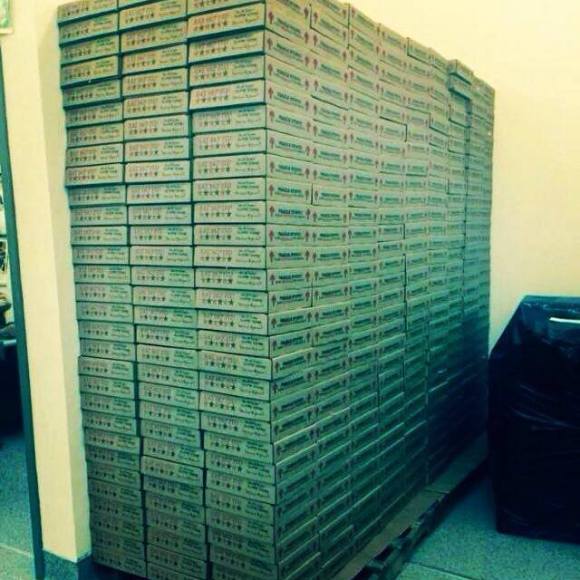 Also in the city of Austin is Royers Cafe.  Bud “Pieman” Royer, founder of Royers Café, summed up the appeal of Pecan Pie to Lone Star State residents “Pecan Pie is Texas!  And it is a holiday Pie favorite.”  Royers even offers a sugar free Pecan Pie. 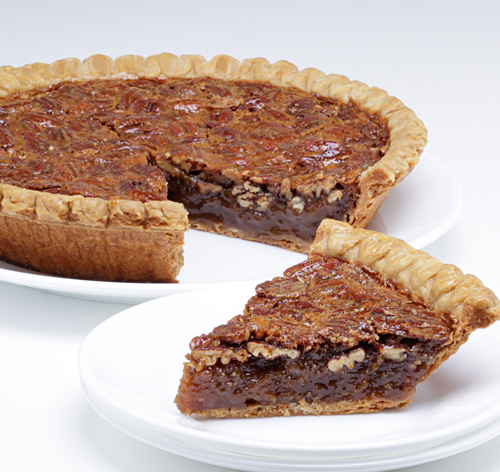 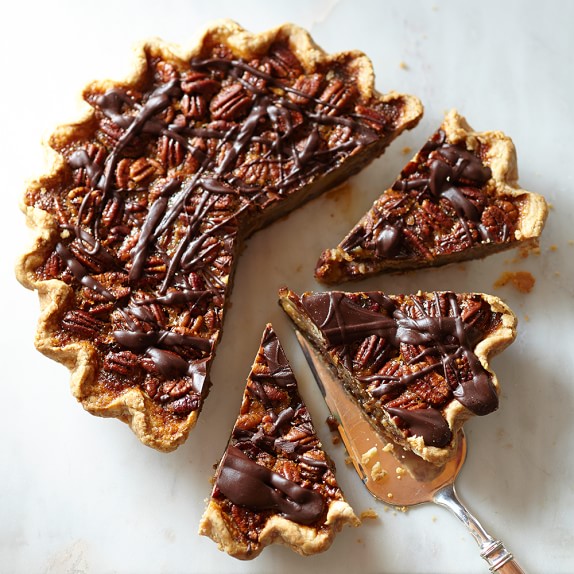 Moving from the South to the Midwest: Sweetie-licious Bakery Cafe has three bakery locations in Michigan and sells its pies online through Williams-Sonoma.  Online offerings include:  Pecan Pie; Dark Chocolate Pecan Pie; and Lemon Pecan Chess pie.  Stephanie Haynie, bakery leader at Sweetie-licious, pointed out that demand for Pecan Pie is very seasonal.

Let’s travel to the West Coast. 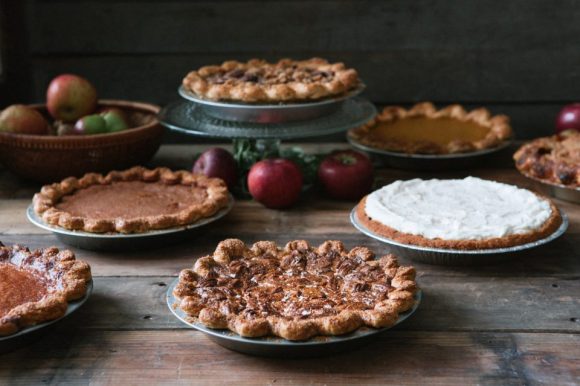 Lenore Estrada, co-owner of San Francisco-based Three Babes Bakeshop, had this to say about her Pecan Pies: “Bourbon Pecan Pie and Bittersweet Chocolate Pecan Pie are the two Pecan Pie varieties we offer.  They are equally popular (i.e., extremely popular) and are in-demand all year long!  (By contrast, Pumpkin Pie and Sweet Potato Pie are in demand only in November and December.) Chocolate Pecan is gluten-free (made with graham crackers we bake ourselves from rice flour).  Bourbon Pecan is more of a traditional Pecan Pie with a sugary base made from brown rice syrup [as opposed to corn syrup].” 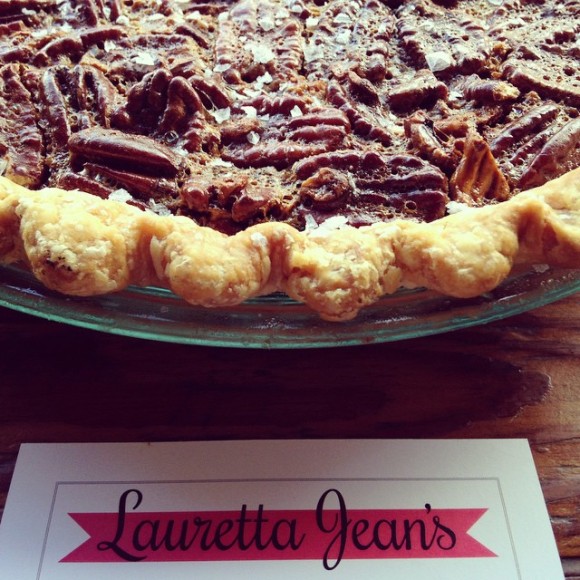 And north of San Francisco, in Portland Oregon, are the two locations of Lauretta Jean’s Pie Bakery.  Baker/Owner Kate McMillen explained: “People love the Salted Georgia Pecan Pie.  It is probably the second most popular Pie, next to Pumpkin, for Thanksgiving orders.  Of course it becomes more popular in autumn, but people really love the Pie year-round.  Here at the shop, I order as many boxes of Georgia pecans as I can.  This year I got 150 pounds.  I will use them until they are gone and then wait until next fall when they are in season again.  If I make it through Christmas this year, I’ll be lucky.  Currently we do the Salted Georgia Pecan Pie and a Derby Pie, which is basically a Chocolate Pecan Pie.” 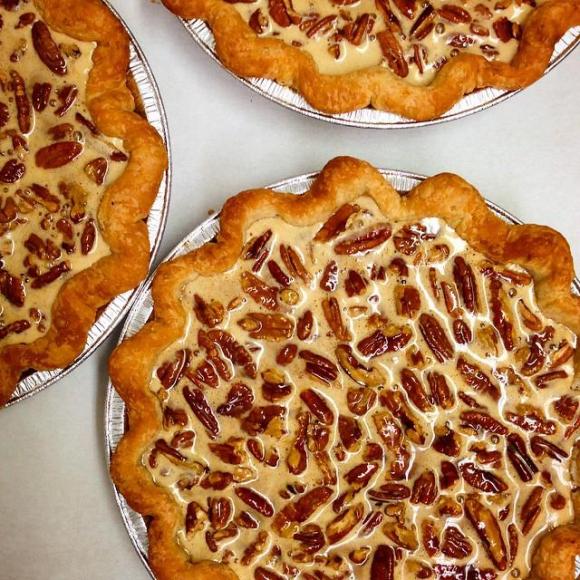 Moving across the country to Philadelphia, you can find Chocolate Coffee Cinnamon Pecan Pie at Magpie.  Magpie’s Elizabeth Godown said:  “Here in Philadelphia, and in the region, Pecan Pie is certainly a Thanksgiving/fall/winter flavor and not a type of Pie that sustains consistent interest and demand.  Personally I am from further south, where Pecan Pie is on the menu year round and riots would break out if you said you didn’t serve it.  But around here, our customers seem to be more surprised to see it on the menu…” Magpie’s Chocolate Coffee Cinnamon Pecan Pie is on the menu from late September/early October through December.  Elizabeth also said she has no plans to offer other varieties of Pecan Pie since there’s not enough demand. 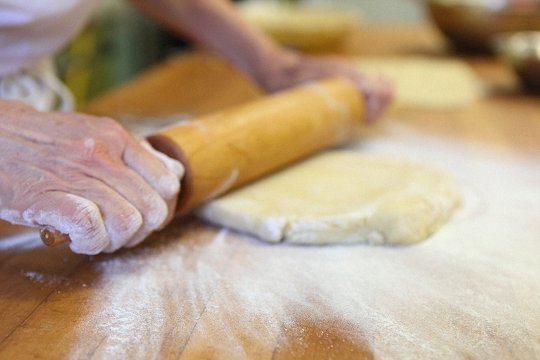 I better nab a slice of Pecan Pie while I can!