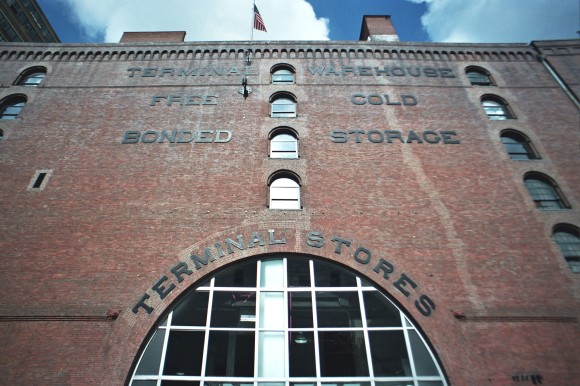 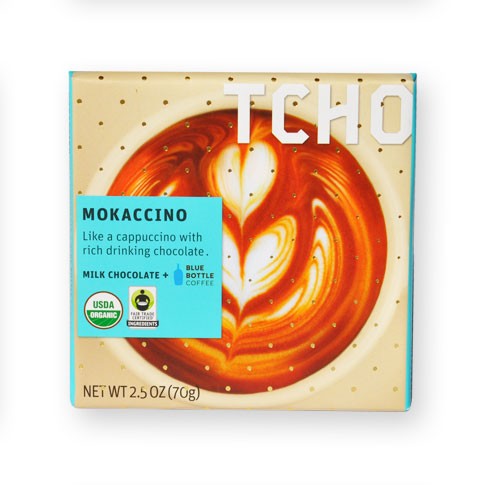 TCHO showcased its Chocolate Bars with time-honored flavors, such as Coffee (the Mokaccino Milk Chocolate Bar — made with Blue Bottle Coffee) and Chocolate Mint (the Dark Chocolate Mint Chip Gelato Bar).   But TCHO’s new line will include Chocolate with floral notes, such as Bergamot (a citrus fruit) and spice.   Cat, a member of TCHO’s Sales team, made an interesting observation: Chocolate follows fashion.  And, indeed, we’re now surrounded by clothes and accessories with floral patterns.   (I recently succumbed to the charms of a floral print wallet, but I digress.) 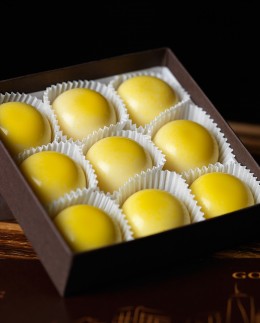 Speaking of Citrus — an intriguing complement to and star of many Desserts — Gotham Chocolate (an offshoot the well-known New York City-based Gotham Bar and Grill restaurant) displayed its Lemon-Olive Oil Bonbons.  And Christopher Elbow Chocolates offered its Citrus Caramel Collection. 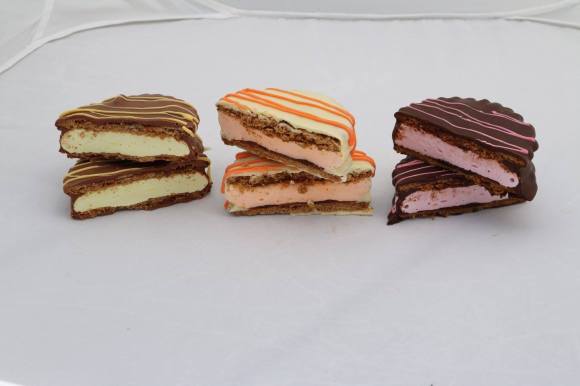 You knew it was a U.S.-based Chocolate Show when you spotted the Moon Pies at the booth of Lovie’s Nostalgia.  What is Moon Pie?  A Southern treat — marshmallow filling sandwiched between two graham crackers, with a coating, often of Chocolate.  Interestingly, Lovie’s Nostalgia is a New York City-based baker. 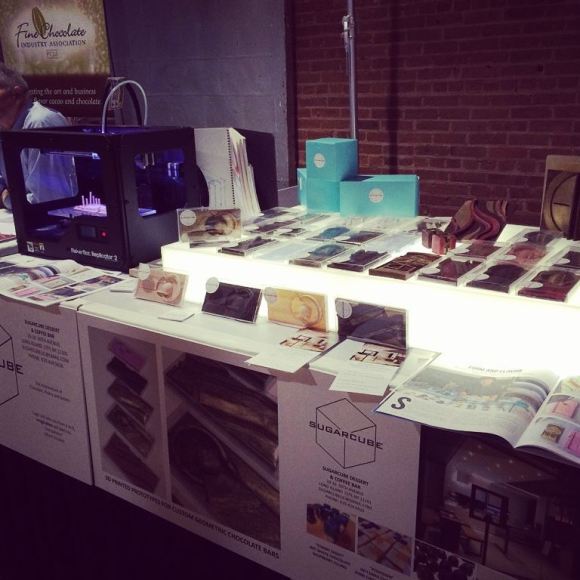 As for the more cutting-edge desserts (literally!), how about geometric Chocolates crafted with molds manufactured by a 3-D printer?  The aptly named Sugarcube Dessert and Coffee sells these treats and others at its New York City bakery and café.  Or Organic Dark Chocolate Matcha Green Tea Bars from VillaKuyaya? 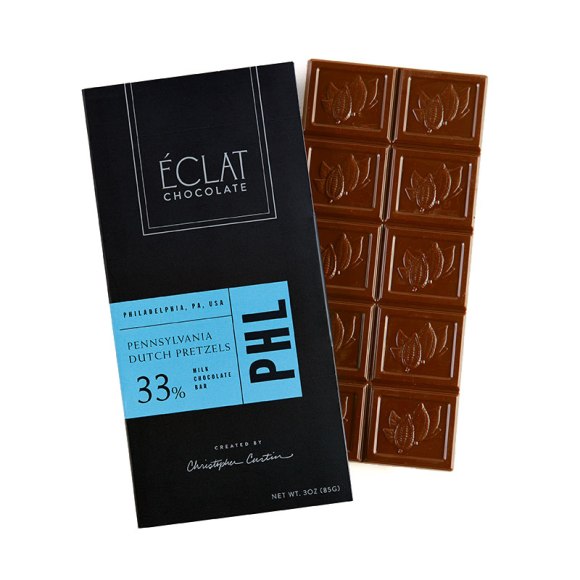 So much chocolate — life is good!  (Of course, I’ll be eating nothing but salad for weeks to compensate for my samples (and purchases!).