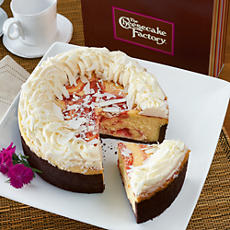 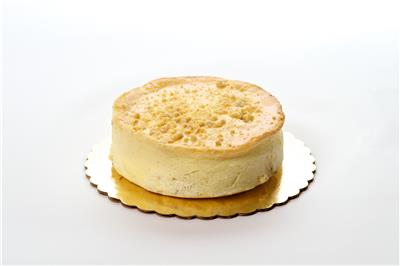 Cheesecake purists have a lot of company.  Ralph Bencivenga, of Bovella’s Pastry Shoppe in Westfield, New Jersey, said that his New York Cheesecake is his best-selling cheesecake and Pure Cheesecakes in Los Angeles indicates that its Original Cheesecake is one of the top 10 flavors that get ordered equally on a regular basis. 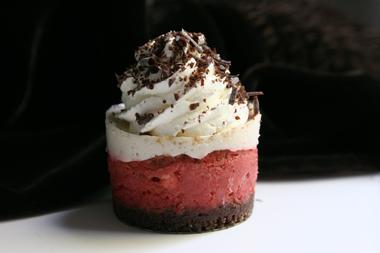 But how has cheesecake been livened up?  Interesting flavors, to start.  Ralph of Bovella’s Pastry Shoppe has been noticing that his Red Velvet Cheesecake is becoming more popular.  Red Velvet Cheesecake is also on Pure Cheesecakes’ Top 10 Flavors list.  Other unusual flavors on this list: Caramelized Pear; Pistachio; Chocolate Truffle; S’mores; and Pumpkin.  Strawberry Balsamic Cheesecake — an elevated version of a traditional flavor — is Brooklyn-based Biteme Cheesecake’s best-selling flavor. 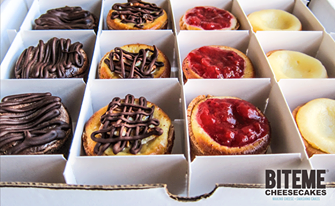 A box of Biteme Cheesecakes 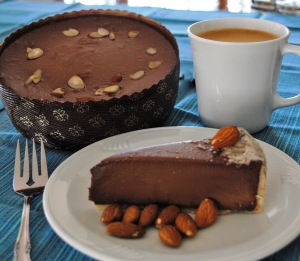 Unlike delicate pastries, cheesecakes can be frozen so they can be shipped long distances, opening up interesting sales opportunities.  If you don’t live near a Cheesecake Factory, fear not.  You can order a Cheesecake Factory cheesecake from Harry & David.   And earlier this year, The New York Times described a monastic order in upstate New York that supports itself from sales of its cheesecakes, which are shipped direct to consumers.  These New Skete Cheesecakes are available in 13 different flavors.