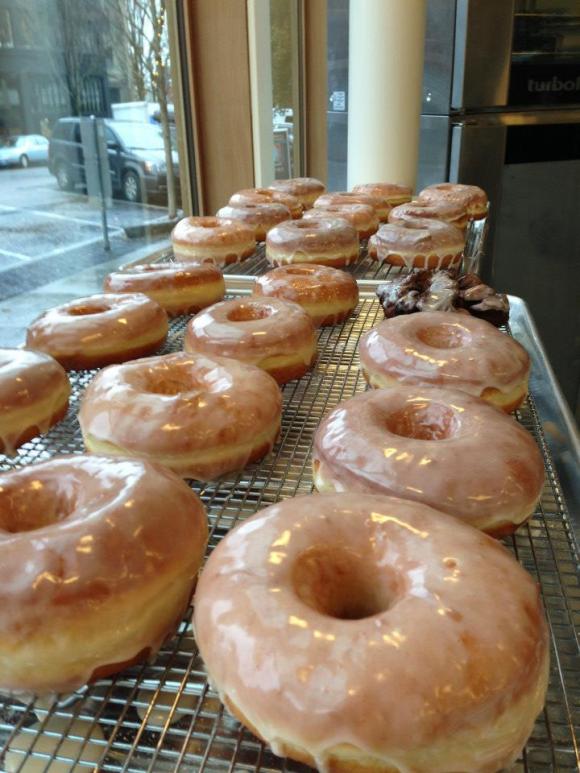 What’s not to love about doughnuts?  When they’re just out of the fryer, their sweet, greasy goodness is irresistible.

While I salivate over the descriptions of some very interesting sounding Doughnuts, (Jelly Doughnuts with freshly made jelly, Crème Brûlée Doughnuts, etc.,), really, there are just two Doughnut types: Cake Doughnuts, leavened with baking powder and fluffier Yeast Doughnuts.  (I recently came to the realization that I’m more of a “Cake” person, but I digress.)

A word about spelling: While I’m using “Doughnuts” to refer to these tasty treats, if a specific product is known as a “Donut,” that’s what I’ll use.

Move over Powdered Sugar Doughnuts and Glazed Doughnuts – here come very sophisticated Doughnuts.  (Not that I have anything against good traditional Doughnuts.) 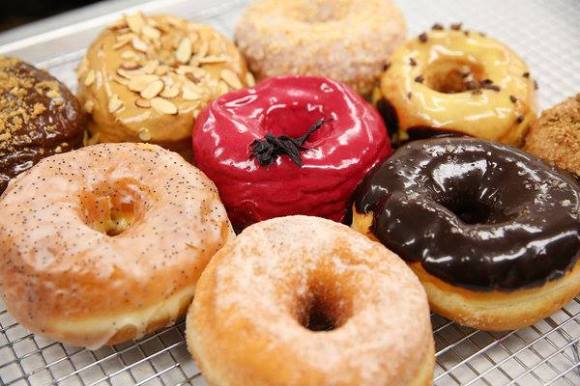 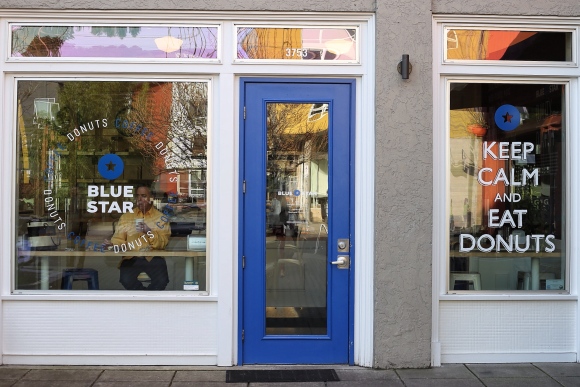 And it looks like we’re going to keep seeing these more innovative Donuts.  Stephanie said “The trend I see in Donuts is making them spicy, trying very different combinations of flavors, and taking them to a new level all together.”  She also thinks Donuts are becoming more popular.

As Doughnuts don’t keep well or travel well, freshness is key.  (I’ve revived day-old Doughnuts with a few seconds spin in the microwave, but the texture definitely changes.)  I’m guessing that’s why you don’t often Doughnuts available for sale online. 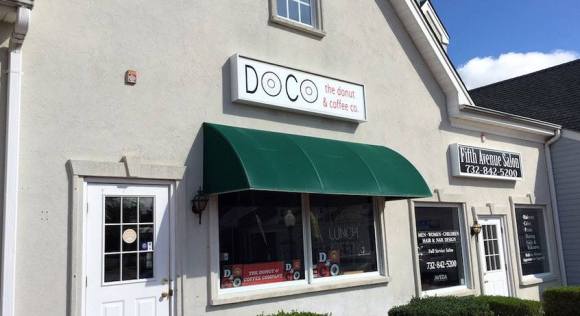 Since freshness is so important, some Doughnut shops fry their Doughnuts to order.  New Jersey-based DoCo (Donut & Coffee Company) offers a variety of freshly made Cake Donuts.  Also on DoCo’s menu are Stuffed Donuts – freshly made Donuts with different fillings, including Boston Crème, Cannoli, and Chocolate Mousse.   Vinny DePaola, co-owner of DoCo, also thinks Donuts are becoming very popular – similar to how sought after Cupcakes were and still are. 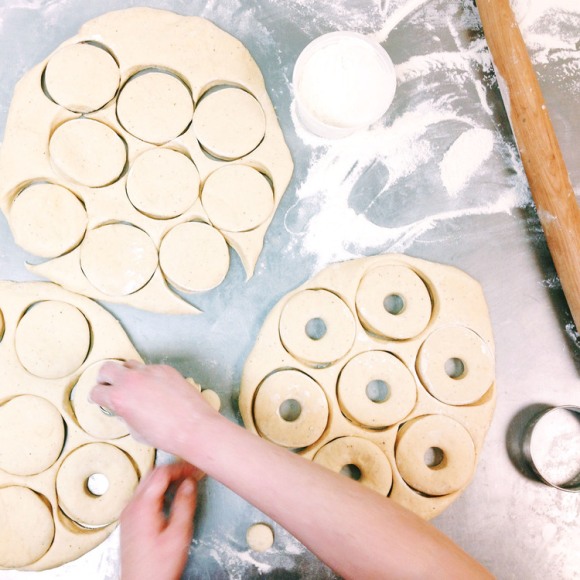 Josh had this to say about Doughnuts:  “There is something beautifully timeless about Donuts.  And right now, Donuts are in the midst of a resurgence – especially Donuts like the ones we are making – hand-rolled, hand-shaped, everything from scratch Donuts.”

Doughnuts are also in vogue across the pond.  The Financial Times reports that gourmet Doughnuts are readily available in London.  Crosstown Doughnuts, with several locations in London, offers unusual flavors.  How about a Rocky Road Doughnut?  It includes raspberry jam with dark Belgian chocolate ganache, marshmallow pieces, biscuit crumble, and freeze dried raspberries.  Or a Morello Cherry Doughnut?  Or an Apple & Pear Crumble Doughnut, which is topped with a maple glaze and crunchy pecan crumble? 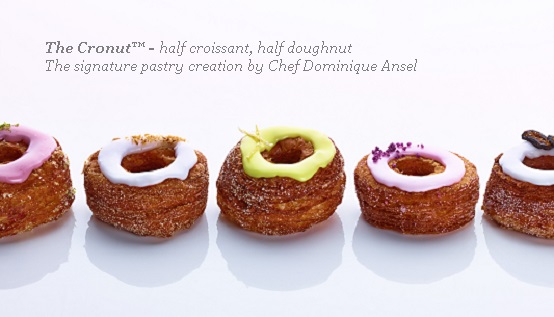 A Doughnut posting would not be complete without mention of the Cronut – Dominique Ansel’s Donut-Croissant hybrid that has taken the dessert world by storm, spawned countless competitors, and regular lines snaking outside his New York pastry shop.